"Budget cuts in the mid-1990s led to the demise of the NWS Aviation Weather Branch, which was followed by inaction of the government on a 1995 FAA-funded National Research Council study: “Aviation Weather – A Call for Federal Leadership.” This study recommended that the FAA should take the federal leadership role for aviation weather. Eventually, Ron McPherson, then Director of the National Centers for Environmental Prediction (NCEP), created the new Aviation Weather Center (AWC). Its activities led operational aviation users to shift their focus from NWS Headquarters to Kansas City, the site of the AWC."

FPAW History Presentation (pdf)
Prepared and given by Warren Qualley in 2011.

The director of the AWC at the time, Dave Rodenhuis, found sponsors for an aviation weather-focused coordination meeting. Paul Smith, of the NBAA, Bruce Carmichael of NCAR, and Carl Knable, retired Manager of Meteorology at United Airlines, partnered with Dave to arrange the first “Friends of Aviation Weather” meeting at the NBAA annual convention in Dallas, Texas in September of 1997. Here’s the list of attendees from that first meeting: 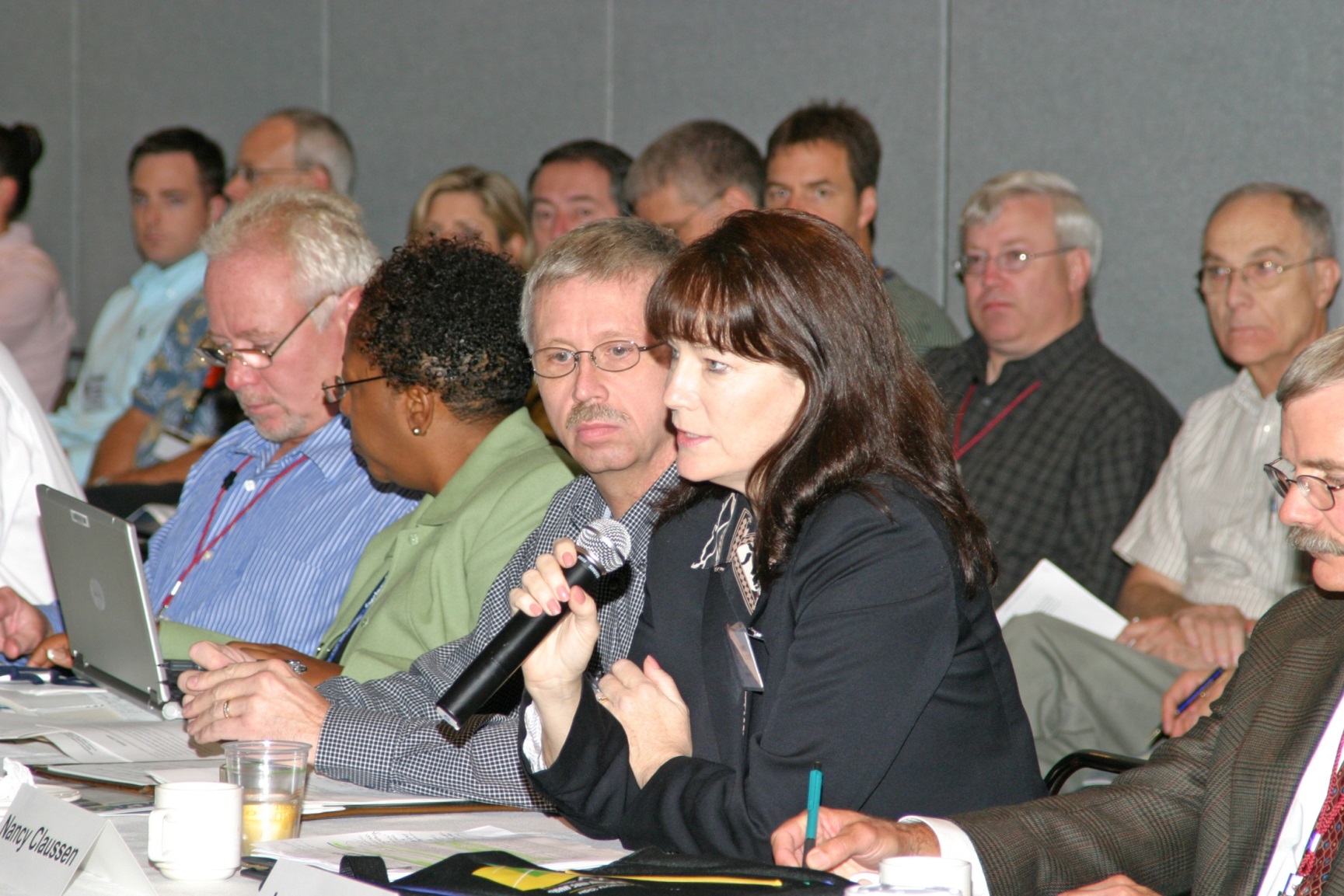 Over the three-day meeting, this group discussed the current (at the time) weather products and the future of aviation weather. Their goal was to develop a strategy for advancing aviation weather research, forecast, tools, and delivery. Because of the disparate interests and contentious discussions, there was some doubt this organization would persist. But cooler heads prevailed, and this became an annual forum known as the Friends and Partners in Aviation Weather (FPAW) group.

The early meetings generated approximately 25 Action Items, most of them assigned to the FAA, and the NWS tasked with the others. Unfortunately, speedy resolutions were the exception, not the rule. The meetings gradually became more collegial as more work was accomplished when underpinned by optimism rather than frustration. A second factor was the steady increase in attendance by commercial weather information providers, industry trade groups, and government contractors, thereby narrowing the chasm between Customer and Provider.

An increasing number of controllers, dispatchers, commercial and GA pilots, flight attendants, and others joined our ranks, not only in the audience but as panelists.The value of their involvement can’t be overstated and the insights these members have contributed broadened our work immeasurably.

Since that first FPAW meeting in 1997, membership has grown steadily. Over 80 organizations are typically represented by an average of 100 individuals per meeting. The number of topics has expanded, but the goal is still the same – to convene the broader aviation weather community to review where we’ve been, assess where we are, and conduct honest and open discussions about what we can do to provide the most timely and accurate weather information to the stakeholders, to enable the safest and most efficient operations possible.

A change that has shaped the FPAW meeting arose from the realization that we were “preaching to the choir.” The attendees of early FPAW meetings were almost entirely meteorologists, making it pretty easy to convince ourselves that weather was the center of the aviation universe! This realization compelled us to invite those who dealt with the impacts of weather.

An increasing number of controllers, dispatchers, commercial and GA pilots, flight attendants, and others joined our ranks, not only in the audience but as panelists. The value of their involvement can’t be overstated and the insights these members have contributed broadened our work immeasurably.

FPAW Annual meetings at NBAA BACE were moving along nicely, so why was a second annual meeting called FPAW Vision started? Because of the operational make-up of the FPAW attendance, the ongoing annual meetings were focused on near-term issues; those that we thought could be resolved within a year or two. However, the NextGen initiative had taken firm root, and its focal issues were going to take longer than two years to develop and resolve.

The first Vision meeting was convened at FAA Headquarters on September 12, 2005. The meeting site moved to NTSB in the summer of 2008, generously hosted by the NTSB through the efforts of Don Eick. 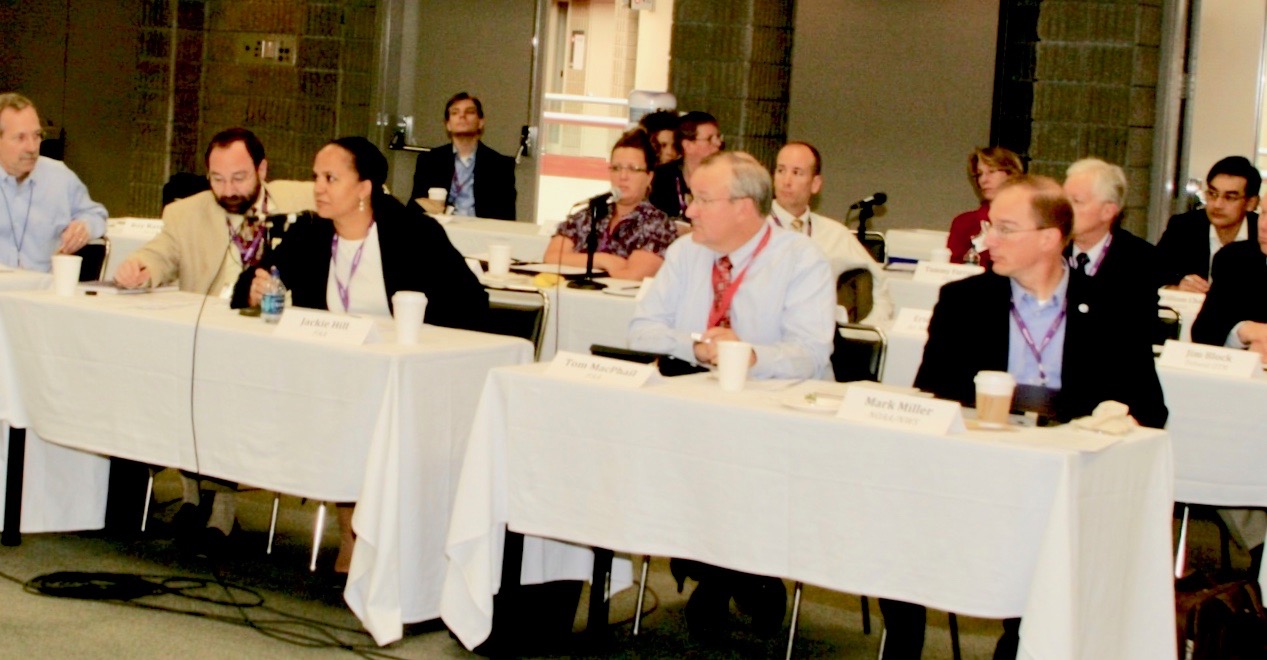 Subsequent Vision meetings provided a fertile environment for diving into the underpinnings of these concepts. As an example of the topics at these Vision Meetings, the concept of a Single Authoritative Source (SAS) came up at the Vision Meeting in 2007. Though the concept of the SAS hasn’t changed much since then, it has generated many questions about the Weather Cube Governance that we’re still wrestling with today.

The foci of these annual Vision Meetings continued to evolve. Early on, there was a disconnect between groups of operational people, both government and industry, and with those who became singularly committed to NextGen. Through the efforts of members who recognized this disconnect, the Vision Meetings turned to address the commonly held goals of members working toward the NextGen world.

Today and into the Future

The individual sessions held during the FPAW meetings allow the industry, the meteorology community, and others to participate in conversations in which questions and ideas are encouraged

FPAW organizes several sessions, including briefings from the National Transportation Safety Board (NTSB) that help inform some of the causes of weather-related aviation incidents. The NWS and FAA update the attendees with reviews of their current tools and capabilities, in addition to their plans for future products and capabilities.

The individual sessions held during the FPAW meetings allow the industry, the meteorology community, and others to participate in conversations in which questions and ideas are encouraged. These discussions are the basis for the industry to describe the benefit of tools to operators, whether they’re for air traffic managers, air traffic controllers, schedulers and dispatchers or the flight crews. Then the meteorology community has the opportunity to inform the industry what they can provide, as well as how and when they might be able to deliver. Together, this alliance helps develop better weather tools.

Have the FPAW meetings made a difference?  In 1997, we didn’t even have the pretense of a good relationship between Customers and Providers, while we now enjoy a venue where we can enjoy a constructive dialogue about aviation weather and its impacts among the public, private, and academic communities. We still face challenges, many of which are not technical in nature. Although these meetings don’t necessarily result in binding Action Items, they do provide a safe and neutral venue where concerns can be openly expressed. ​"We are indebted to NBAA for their longtime sponsorship of the FPAW meetings and to NTSB for hosting the annual Spring/Summer meeting."